My Blood Bowl journey began in 1990… something. While at a New Years Eve party, a friend of a friend whose name I cannot remember happened to mention a game he had recently played. The game involved Orcs and Humans playing some kind of American Football on a board. This person’s main comment was that as they played, his opponent always seemed to constantly interrupt his turn by quoting a rule which explained why they had failed something. Little did I know how accurate a description of a game of Blood Bowl this would turn out to be. As a keen American Football fan I was interested. A quick trip to the reading outpost of the Games Workshop empire and I was the proud owner of what turned out to be a copy of the Blood Bowl 3rd Edition box set. 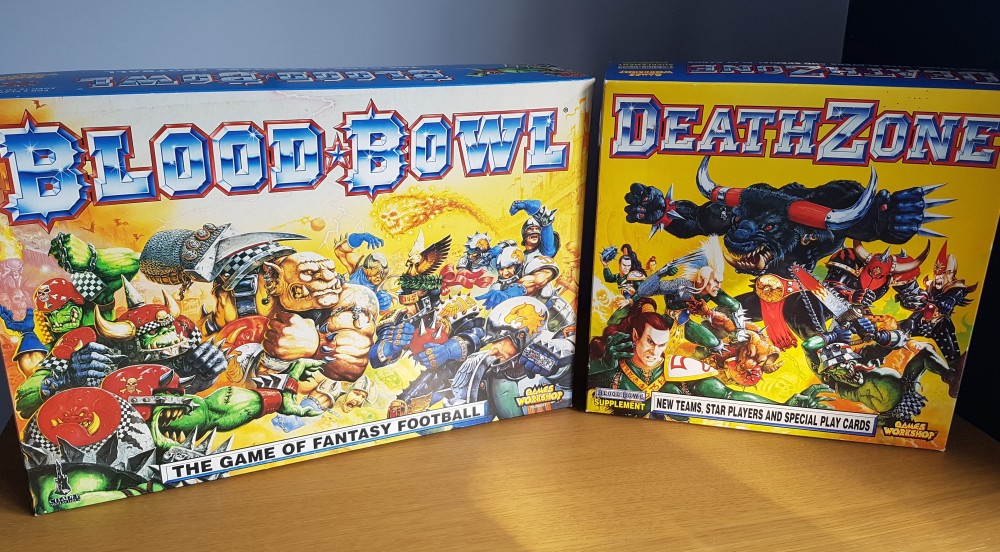 At this point, I was not aware of any local gaming clubs or shops so my early games were against friends and family. To my surprise, my interest in the game was not universal and I soon had burnt through all of my possible gaming bridges. Most were just not interested in playing an American Football based game for more than 2 hours. So I soon found the main obstacle to playing not just Blood Bowl, but most tabletop games. Finding someone to play against! A few friends were interested in the hobby but most focused on 40k or Fantasy. So with the very occasional game becoming the norm, my tabletop Blood Blood career slowly dissolved to nothing over the next few months.

The following years were punctuated with the occasional Blood Bowl moment. A brief outing with the Ronald Lokers’ Blood Bowl Tool, a PBeM (Play By eMail) application. Which still appears to be around, a quick Google search seems to confirm. And then the release of the first Blood Bowl PC game by Cyanide was my only Blood Bowl experiences since those early days.

November 2016 arrived and the game was released. I picked a copy from my newly found friendly local gaming shop, Warboar Games in Bromley. A place I would be soon returning too with great regularity.

I loved all of the new content and could not wait to put them together and play my first tabletop game since the 90’s. It was at this point that the reason I stop playing back came to the fore. I have a cool new two player game, but who the hell am I going to play? Well my searches online for a copy of the game had also inadvertently provided the solution. Your friendly local gaming shop probably has a social media presence, and therefore a way to find pick up games. A quick post online and my first game was arranged. I showed up, my opponent didn’t! A small setback, but I was soon playing one off games most weeks. I meet other similar coaches who had just picked up the new release and were getting back into the hobby. These games, lead to regular weekly games, then leagues and then my first tournament.

As GW released more content my involvement grew, and I am now involved in a few ongoing leagues and have played in several tournaments around the UK. And loving every minute of it. 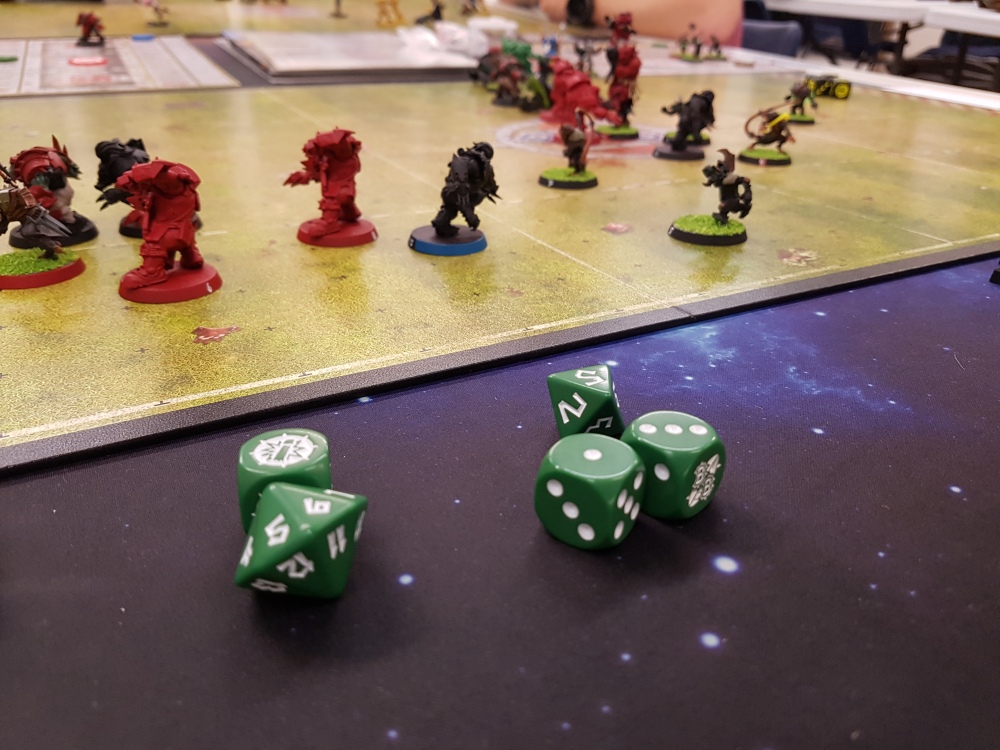 So what next? Well, if I am not playing Blood Bowl, I am reading or talking about it. So why not write about it. A blog seemed the logical choice.

I met the other 50% of the One Turn Touchdown blog at one of those early Blood Bowl tournaments at Warhammer Fest. Tom and his Dark Elves against my Skaven, which ended in a 2-2 draw, I think. One of my better results for the weekend. We soon discovered we both lived in the London area and were looking to play more Blood Bowl. Tom mentioned the idea of a blog and I jumped at the idea. And so the One Turn Touchdown Blog was born.

This blog is a chance to share my views and experiences of the game. Hopefully entertaining and informing along the way. Tournaments, league play, rules, releases and all things Blood Bowl related are all on the agenda going forwards. So welcome to the blog and remember…

View all posts by Chris White